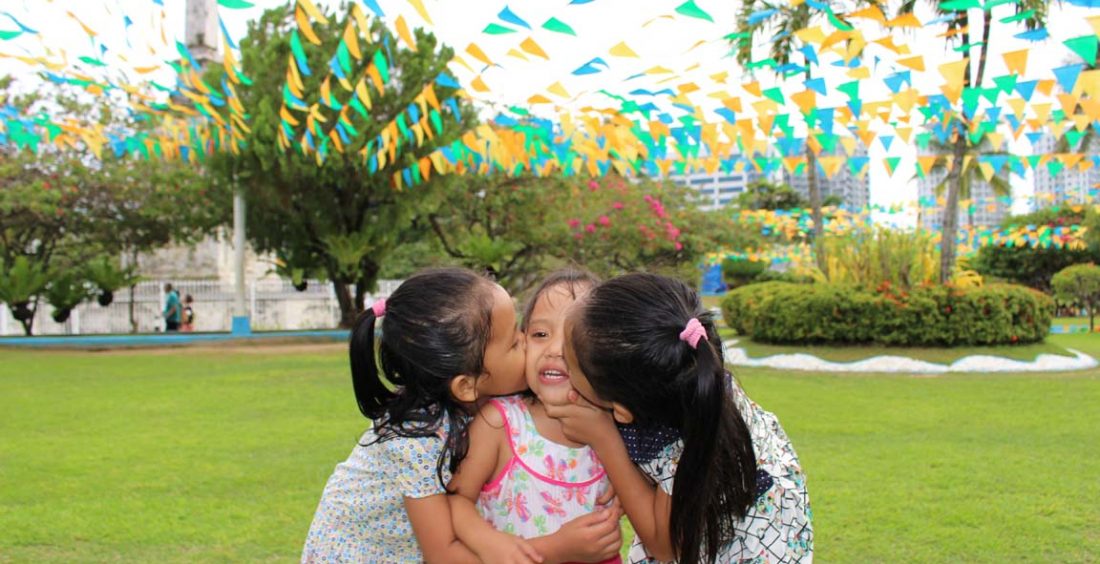 Before Cathy sleeps every day, she prayed for her lost sister, Kim, that she is in safe hands. She also prays to be with her again someday.

Cathy (not her real name) is a 7-year-old girl. She is just like a normal child of her age; full of energy, innocent and playful.

Two years ago, she was found roaming the streets to beg for food, so she was referred to NORFIL for temporary care and management of her case. Cathy was abandoned by her parents along with her younger sister, Rose (not her real name) who was 1 year old at that time. She kept on saying that she still has one sister named Kim (not her real name) who was a 3-year-old girl. She was really in dire search of Kim that upon her placement to her foster family, she would leave the house to search for Kim. She was quite naughty and messed around in school. She was disobedient to her foster parents and really tested their patience. To handle the difficult behavior of Cathy, techniques were taught by NORFIL to the foster parents. She was taught how to pray, be obedient and kind. Over time, Cathy learned to love her foster parents; she became more responsible, interactive and respectful. However, before Cathy sleeps everyday, she prayed for her lost sister, Kim, that she is in safe hands. She also prayed to be with her again someday.

NORFIL Foundation, Inc. exerted efforts in locating the birth parents of Cathy. However, this proved futile. Efforts were also done to locate the lost sister of Cathy. Luckily, she was found together with their maternal grandmother. Though their grandmother wishes that Cathy, Kim, and Rose would stay with her, she admitted that she cannot afford to raise all of them as she has her family to attend to and she is already old. With hopes that they will have a better future if they were adopted, she relinquished them for adoption.

Meanwhile, Cathy was very excited to see her most sought-after sister, Kim. When they saw each other for the very first time in two years, Cathy was teary-eyed. She hugged and played with Kim. She said she was very happy. She heart fully promised that she would take care of Kim and Rose from then on and they would never be apart again. Cathy, Kim, and Rose adjusted smoothly in their foster homes. Every day, Cathy prays and give thanks to God for granting her prayers.

On February 2017, during the Adoption Consciousness Celebration, Cathy joined the Draw and Tell Competition along with the abandoned, neglected, and surrendered kids from other participating child caring agencies in Cebu. She joined in the middle-aged children category (7-12 years old) and she was the youngest among contestants.

Cathy, in a simple drawing, shared her life story which included her past experience in the streets, her lost sister who is now found, her loving foster family, and her future placement to an adoptive family. She narrated how she is very grateful to God, her foster parents, and NORFIL for finding Kim and giving her the family she never had. She ended her story by telling everyone that she hopes that her future adoptive family would be as loving as her foster family and that they would be together forever. She won the third prize and received a standing ovation from the audience.

Cathy’s life proves that even with a hopeless situation, it can still bloom into a life filled with so many treasures and granted dreams.