Warning: Creating default object from empty value in /home/customer/www/norfil.org/public_html/wp-content/plugins/template-core/admin/ReduxCore/inc/class.redux_filesystem.php on line 29
 Perseverance is a Way of Hope - NORFIL Foundation Incorporated

Perseverance is a Way of Hope

HomePerseverance is a Way of Hope 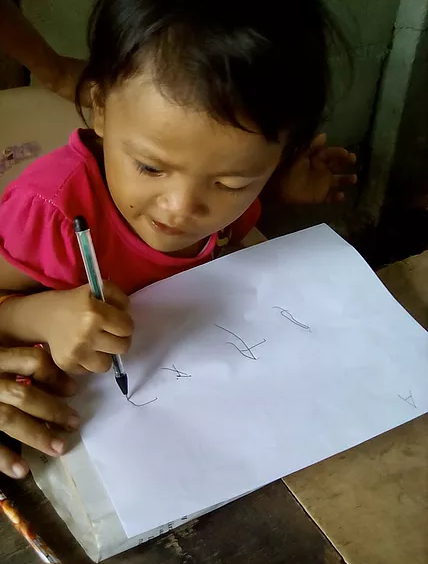 We accepted Jaine’s situation that she will live a life dependent on us. We accepted that our child has a disability…

“Before Jaine can sit but she can’t walk. She can only utter one syllable words like “ma,” “pa,” “ya,” and “ga.” She always stayed inside the house where she would play with toys near her, watch TV series, and sometimes play with her elder brother after school.

At the age of one, Jaine’s parents noticed that something is wrong with the child for she still can’t walk and her arms were stiff.

“Years passed by, it was evident that Jaine has motor and speech problems. It was very hard for us to accept that we have a child like her. All we want is for her to live a normal life,” said Bernadeth.

“We accepted Jaine’s situation that she will live a life dependent on us. We accepted that our child has a disability. We know that our knowledge is limited and we have no idea with the exercises that can be helpful to our child. All we know is “hilot’’, “meriko’’ or a doctor, but we have no money to spend for the check-up with a doctor. We came to a point that we concluded that Jaine will forever be dependent on us,” added Bernadeth.

In March 2017, Jaine and her parents got a visit from a Barangay Health Worker who was conducting a survey of children with disabilities in the Barangay for possible admission to NORFIL’s CBR.

“A Social Worker from NORFIL visited and oriented us about the CBR program and our responsibilities in Jaine’s development. When a NORFIL staff assessed Jaine, it was the first time that I was enlightened with so much possibility for my child. A week later, my husband and I made a stand box for Jaine as we’ve seen the need for her to socialize with other children,” Bernadeth quipped.

During a visit of NORFIL staff to the child, perseverance was evident in Jaine’s eyes for she actively cooperated on the exercises given to her.

She worked very hard in stretching her arms on her own. Despite the difficulty, she made sure to do her best for she knew that it’s best for her. She pushed herself to write letter “A” even if she struggled and she made it successfully even if it’s not perfect.

After two months of implementing the home program exercises, Jaine can now stand by her own with the support of a hard chair. She stands firm without fear and hesitations. She now actively plays with other children outside the house using her stand box.

Jaine’s perseverance molded her parents to have faith in her ability. It is Jaine’s perseverance that keeps on reminding Ronil and Bernadeth to implement the home program activities every day and to hold on with their hope of fulfilling Jaine’s dream to go to school and live a life like any other child has.